New updates are added at the bottom of this story…….

Social media is all the rage on the internet right now. These social media companies earn millions of dollars a year. So it’s no surprise that we see new ones popping up every other day.

With the advent of the smartphone came a new breed of social media, the Instagrams and Snapchats, and the TikToks of the world. These mobile platforms are tailor-made for the smartphone experience.

So now we have platforms like Facebook and Twitter that work well on desktops and smartphones, and these other apps that tend to work better on smartphones and their portrait orientations.

iPads and tablets are still a big part of our tech lives and they suddenly fall into this weird gray area with these mobile apps. They are mobile devices, but the screen size and orientation are not exactly suitable for these applications. This is the predicament that iPad users have been facing for ages. At the time of writing, the iPad doesn’t have a dedicated Instagram or Snapchat app, having to make do with scaled versions of the iPhone app.

TikTok aims to change this scenario as reports now indicate that the trendy new social media platform has added horizontal orientation support to its iPad app.

User response on community forums has been pretty quick, with many denouncing Instagram and Snapchat for not taking the iPad seriously for a long time.

Anyone else finds it mind-boggling that two behemoths like Instagram and Snapchat don’t have an iPad app.
Source

there is no landscape view on the iPhone Instagram app, so we have huge black bars on the sides. It’s infuriating how much software Facebook develops (WhatsApp is another example of a horrible app from them). Another downside is that you can’t use it in split view.

At least the website is usable on the iPad, but the iPad app is horrible in landscape and portrait mode.
Source

Instagram’s case is a bit more confusing because there’s a standalone iPad app for Boomerang for Instagram for the iPad, but the Instagram app still looks like a bloated iPhone app, with huge black bars on the side and everything .

oddly, “Boomerang for Instagram” is a native iPad app. It just doesn’t make sense to me…
Source

Reports also indicate that iPadOS 15 should add landscape orientation support for iPhone apps, but that might not be enough to improve the iPad experience. 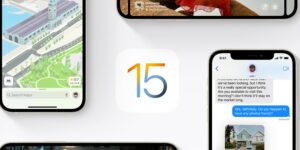 TikTok’s move to support landscape orientation on the iPad should be a wake-up call for other app developers. The iPad (unlike Android tablets) is probably here to stay and the longer they take to spruce up the experience, the more they alienate their users with these devices.

We will continue to review this and update as other app developers oblige and improve their app experience on the iPad, so stay tuned.

REMARK: We have these stories and more on TikTok here, so stay tuned to PiunikaWeb for more.

PiunikaWeb began as a purely investigative tech journalism website with a primary focus on “breaking” or “exclusive” news. In no time, our stories were picked up by Forbes, Foxnews, Gizmodo, TechCrunch, Engadget, The Verge, Macrumors and many more. Would you like to know more about us? To manage here.