Located between Yarra Park and the Royal Botanic Gardens on the traditional lands of the Wurundjeri people, the space has an abundance of natural light cascading from the floor-to-ceiling windows and the atrium skylight, the venue invites the outdoors inside, connecting the space with the environment and inspiring health and a sense of belonging.

Spotted Gum fluted timber lines 8 meter high walls in the 2000m² Grand Hall, with a bespoke rug mimicking the shadow play of nearby gum trees, reinforcing the connection with the outdoors. A glass facade 56 meters long floods the space with natural light. The fall color palette in the Great Hall channels the banks of the Yarra River and nearby Birrarung Marr, effectively contrasting with the muted palette seen in the circulation spaces that encourages connectivity.

“Melbourne Park is an iconic place, so the opportunity to build our vision of CENTERPIECE from scratch has been an incredible opportunity to rethink what a multifaceted and intuitive civic space can look like,” said Hamish Lyon, director of NH Architecture. 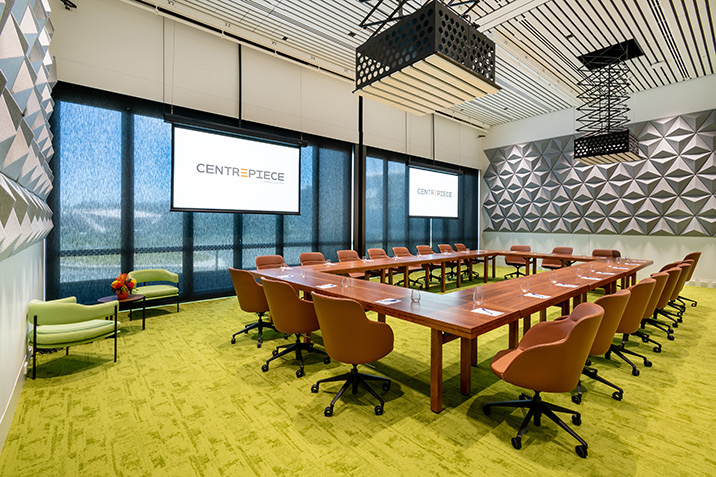 “The space had to function as anything from an exhibition venue to a banquet hall and permeate the feeling of being in Melbourne while remaining a blank canvas for others to add to it.” 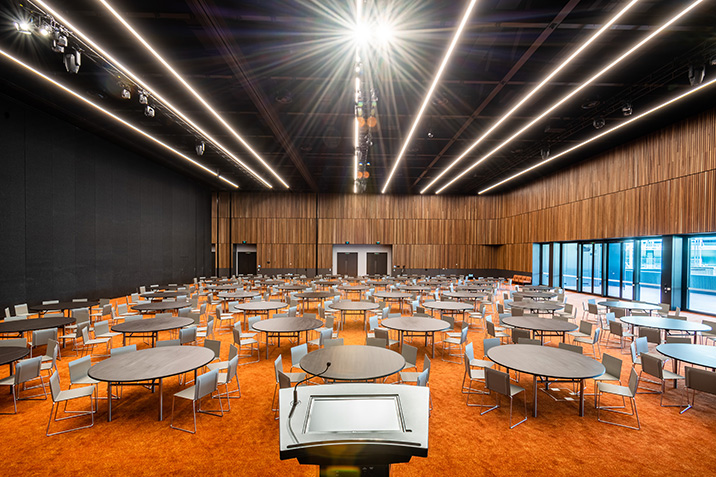 “Taking inspiration from the landscape around us, we were able to work with NH Architecture to deliver just that, at the center of one of the world’s greatest sports and entertainment districts.

The site will host many of Melbourne’s most unique hospitality and entertainment experiences, as well as an international broadcast facility for events such as the Australian Open.

Completed in August 2021, CENTERPIECE is part of the third stage of the redevelopment of Melbourne Park, which was funded by the Victorian government. The site will begin hosting events in 2022, including the Asia Pacific Incentives and Meetings Event (AIME), the premier meeting and convention event in the Asia-Pacific region.

For more information on the event space, visit centrepiecemelbourne.com.