Given the state of the world, one would expect base metal prices to show all signs of a resurgence. To be sure, analysts have been optimistic about a supply shortage for months because sky-high natural gas prices have forced record electricity costs across Europe. Just this week the FT reported that aluminum and zinc smelters continue to close across the continent, with the latest casualty being the 175,000 tonne Slovalco aluminum smelter in Slovakia. 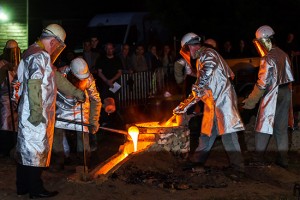 According to representatives of Norsk Hydro, which is the majority owner, Slovalco will stop primary production by the end of September. Meanwhile, Norsk Hydro is also facing a strike at its Sunndal aluminum smelter in Norway, the largest such facility in Europe. In this case, the organization reports that the strike will idle about 20% of capacity for four weeks starting Monday. This is all due to the closure of zinc smelters in the Netherlands and Spain. To top it off, LME inventory levels are currently at near record highs.

Why are investors so optimistic about prices? After all, there seems to be no end in sight to high energy costs. On the contrary, they are expected to worsen as Europe faces higher winter fuel demand. In fact, governments are already drawing up rationing plans and forced shutdowns for large energy consumers so they can keep their people’s homes warm and bright.

Get all the news on changes in the prices of base metals and other precious raw materials. Sign up for MetalMiner’s FREE Weekly Newsletter here.

The answer to base metal prices is most likely China

Well, here’s a possible answer. Perhaps after all the volatility of the past twelve months, markets are now focusing on the traditional driver of global metal demand and prices: China.

Indeed, China’s stuttering construction sector has proven to be a huge drag on global economic expectations. On top of that, COVID restrictions continue to limit activity in the service sector, which, in turn, is causing a myriad of issues for manufacturing. There is also the heat wave in eastern China, which has caused demand for electricity to skyrocket and led to limited rationing. Among the most affected? The region’s aluminium, zinc and copper smelters.

The only sector showing real resilience, copper imports. 12 months of well below average imports, pushing inventories to low levels, contributed to this development. It also came in response to Beijing’s plans to dramatically expand power transmission. So far, the government has announced plans for six major new lines and even more medium-capacity transmission lines over the next year. Normally, aluminum would be the biggest beneficiary of large power transmission projects like this. However, so far the index has barely moved in response to the announcements.

For now, at least, recession fears and a slowing Chinese economy are the stories of the day. However, even in times of recession, industries will continue to consume metal. This simple fact, combined with woefully low global inventory levels and the shutdown of production capacity, makes it seem like watching a train crash in slow motion. Hopefully markets and consumers have time to react as we get closer and closer to impact.

Keep up to date with all the latest global metals news with MetalMiner’s monthly MMI report. Register here to start receiving it completely FREE. If you want a serious competitive edge in the metals industry, try a demo/tour of our revolutionary insights platform here.